Home / Featured / In the Middle of the Summer, There Was a Huge Ice Storm In Mexico

In the Middle of the Summer, There Was a Huge Ice Storm In Mexico

In the last day of June, citizens in different pockets of Guadalajara, Mexico woke up to find themselves enclosed by more than 3 ft (1 meter) of hail and ice. As city officials struggled to clean up the snow, the freak hailstorm wreaked havoc on buildings and roads, threatening the city with traffic jams. Check out the videos below.

“Hail more than a meter high, and then we wonder if climate change exists.” – Enrique Alfaro Ramirez, Governor of Jalisco, of which Guadalajara is the capital 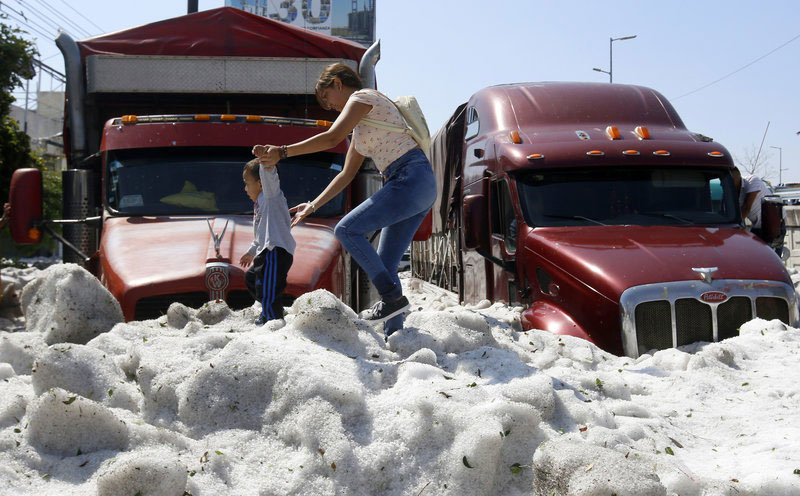 “Low pressure extending south from the US and Mexico border had been forecast to contribute to developing storms along the boundary separating different air masses. Once these storms developed, all the ingredients came together for there to be this strange hailstorm over Guadalajara.” – CNN Meteorologist Michael Guy

Thankfully nobody was hurt and order was eventually restored to Mexico’s second largest city.