Truck Driver Destroyed Over A 2,000-Year-Old World Heritage Site To Save Money

In what appears to be an attempt at avoiding tolls and save some bucks, a Peruvian truck driver drove his semitrailer over Peru’s famous Nazca Lines this past weekend. Authorities in Peru have arrested, questioned, and released in association with the event. Meanwhile, charges are being pursued against the truck driver who significantly damaged one of Peru’s UNESCO World Heritage Sites.

The truck driver disregarded multiple warning signs as he reached the Nazca Lines on the Pan-American Highway on Saturday. According to the newspaper Clarín, the truck driver diverted off the paved road to apparently avoid paying a toll, despite warnings of the UNESCO World Heritage Site on either side of the road. 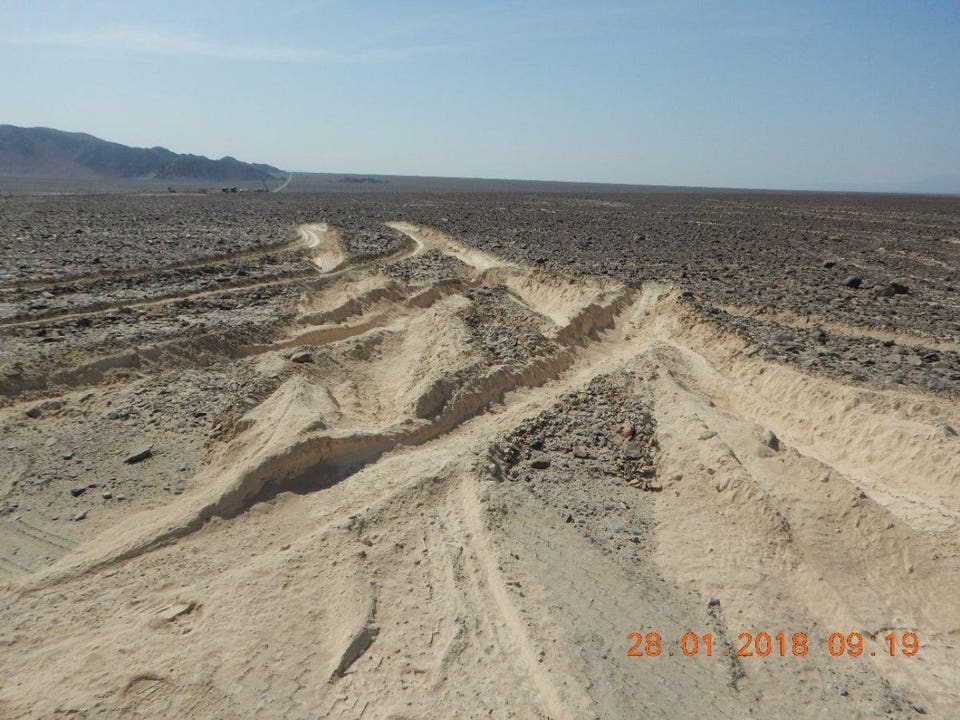 The series of 2,000-year-old geoglyphs were dug into the ground in the Nazca Desert in southern Peru. The artifacts were created by the Nazca people between 500 BC and 500 AD and vary in depictions from animals, to birds and wildlife, to humans. The 280 square mile site was designated a UNESCO World Heritage Site in 1994. The geoglyphs are shallow lines dug into the soil and have been preserved due to the dry climate and remote location.

Most of the Nazca lines are between 4 and 6 inches in depth, just enough to expose the light grey clay beneath the top layer of iron oxide red pebbles. This contrast allows the geoglyphs to be clearly seen from nearby hills or airplanes. The underlying clay has high amounts of lime which acts to form a crust over the lines, helping to preserve them for millennia. This, in addition to little rain and human and animal traffic, has allowed the Nazca Lines to be preserved longer than expected.

Given the shallow nature of the Nazca Lines, the truck driver was able to drive through the artifacts and create “deep scars” across three of the geoglyphs. However, the Peruvian authorities say they have no evidence that the driver acted with the intent of damaging the geoglyphs. The driver told authorities he had never been in the area before and had to leave the paved road due to mechanical problems. The ministry sought $1,550 in fines and nine months under detention, however, that decision is being appealed.

This isn’t the first time the Nazca Lines have been damaged. Since 2012 the lines have been deteriorating due to squatters inhabiting the land. In addition, Greenpeace activists left footprints as they walked through the geoglyphs to plant a sign for the 2014 U.N climate talks taking place in Peru that year.

They represent a remarkable manifestation of a common religion and social homogeneity that lasted a considerable period of time – UNESCO says about the Nazca site.